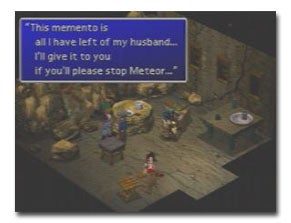 Wait.. should I rename the video title?! Filth! Anyway, sorry it takes me so long I totally forgot the combination and started guessing.. got it in the end though. For those who just want to know the code it is CIRCLE, SQUARE, X, X.

Correction: If you fail this mission but get the Huge Materia from the rocket later, you can get Ultima from the boy in the tent

I investigated the criteria for obtaining Catastrophe, and the bit used for it was just one used after the North Corel Huge Materia mission under all circumstances. I then look on the web and almost all websites said you had to complete the mission to be able to get it.

And while the circumstances for the Huge Materia and Ultima are well-known, not many people know about the third scenario altogether. A player is given ten minutes of time to catch up with the train, fight five fights, and stop the train at the end. It is unlikely a player will struggle to catch up with the train for ten minutes. I only discovered the scenario existed when GarlandTheGreat uploaded his video about it (http://www.youtube.com/watch?v=SNYEIGd5nXw).

One thing I find interesting about this scenario is if you don’t catch up with the train, the train is never seen again and Shinra get away with the Huge Materia. However, if you catch up with the train and jump on it, the driver will crash the train into North Corel. Why do that? He has a friggin’ wolframite giant, Wolfmeister, on the back of his train, yet it’s only if we’re on the train does he kill himself. I suspect the event was designed for killing the driver but not stopping the train. Either that or the driver jumped at opportunity to take out three members of AVALANCHE/the party.

What better way to spend our time than fucking with Shinra.

This is a let’s play walkthrough with commentary for the Steam edition of Final Fantasy VII in HD for the PC.

Final Fantasy VII (ファイナルファンタジーVII Fainaru Fantajiī Sebun?, stylized as FINAL FANTASY VII) is a role-playing video game developed by Square (now Square Enix) as the seventh installment in the Final Fantasy series. It was released in 1997 for the Sony PlayStation, in 1998 for Microsoft Windows-based personal computers, in 2009 on the PlayStation Network, in 2012 on PC Digital Download, and in 2013 on Steam. The game is the first in the series to use 3D computer graphics, featuring fully rendered characters on pre-rendered backgrounds, and was the first game in the main series to be released in Europe.

Final Fantasy VII follows protagonist Cloud Strife, a mercenary who initially joins the eco-terrorist rebel organization AVALANCHE to stop the world-controlling megacorporation Shinra from draining the life of the planet for use as an energy source. As the story progresses, Cloud and his allies become involved in a larger world-threatening conflict, facing off against Sephiroth, the game’s main antagonist.

Development of Final Fantasy VII began in 1994. The game was originally intended for release on the Super Nintendo Entertainment System, but was moved to the Nintendo 64. However, since the Nintendo 64’s cartridges lacked the required storage capacity, Square decided to release the game for the CD-ROM based PlayStation instead. Final Fantasy VII was produced by Hironobu Sakaguchi and directed by Yoshinori Kitase. The music was composed by Final Fantasy veteran Nobuo Uematsu, while the series’ long-time character designer, Yoshitaka Amano, was replaced by Tetsuya Nomura.

Helped by a large pre-release promotional campaign, Final Fantasy VII became an immediate critical and commercial success. It has continued to sell solidly—10 million copies were sold by May 2010, making it the best-selling title in the series. Final Fantasy VII was praised for its graphics, gameplay, music and story. Criticism primarily pertained to its English localization. It has retrospectively been acknowledged as the game that popularized the Japanese role-playing video game style outside of its home market, and has frequently ranked highly on various top game lists. The popularity of the title led Square Enix to produce a series of prequels and sequels for different platforms under the collective title Compilation of Final Fantasy VII.

Please navigate to Appearance → Widgets in your WordPress dashboard and add some widgets into the Sidebar widget area.