After discovering a video showing what he believes to be his vanished sister Heather, James and a group of friends head to the forest believed to be inhabited by the Blair Witch.

After unearthing a DV tape containing intriguing raw footage in Burkittsville’s Black Hills Forest, Lane and Talia upload the video on YouTube. Then, James stumbles upon the video, and–believing that he saw an image of his missing sister, Heather, who disappeared in 1994 in the same woods while investigating the legend of the Blair Witch–he assembles a team of friends in search of answers. Convinced that she is still alive, he heads into the gloomy forest accompanied by his friend Peter; Peter’s girlfriend, Ashley; the film student, Lisa, and the pair of uploaders, only to go astray in the heart of a green maze. Now, more and more, as James and his team find themselves trapped in the epicentre of the evil activity, the blood-curdling legend of the wicked sorceress seems real. Can they escape from the wrath of the demonic Blair Witch?

The opening text states that the following footage was recovered in the Black Hills Forest in Maryland on May 25, 2014.

We see footage from a handheld HD camera of someone frantically running through a house. The footage is paused when James Donahue (James Allen McCune) believes he sees a figure that resembles his sister Heather. It is believed that Heather disappeared 20 years earlier after she and her friends – Josh and Mike – went into the forest to investigate the legend of the Blair Witch.

James’s friend Lisa Arlington (Callie Hernandez) is filming a documentary surrounding the legend, as well as James’s search for answers to whatever happened to Heather. They meet their friends Peter Jones (Brandon Scott) and Ashley Bennett (Corbin Reid) to help them with Lisa’s film. They go to a nightclub, where Peter and Ashley request that Lisa not use so much of the footage they will take on their upcoming trip out of respect for James. Lisa understands but says she can’t promise that.

The friends venture out to Maryland to start filming. They stay in a hotel for the night before heading out near the woods. They meet Lane (Wes Robinson) and Talia (Valorie Curry), a couple that claims to have been the ones that found the original footage that Heather and her friends were recording. Lane asks the group if he and Talia can tag along in exchange for help in getting to where they need to go. James pulls his friends outside to discuss, and Peter is quickly against bringing them along since Lane gives off a weird vibe. Despite this, the gang agrees to let the two tag along.

The group makes it into the forest, and they start to set up camp for the night. Lane discusses the stories he has heard about the Blair Witch, which Peter starts to laugh at since Lane comes off as unintentionally creepy. The group walks through a creek barefoot, which results in Ashley deeply cutting her foot on a rock, so Peter wraps it up in a bandage.

As the gang sleeps at night, James is awoken by a noise in the woods that sounds like a low rumbling and the loud snapping of sticks. Lisa runs into his tent after hearing the same sound. Talia peeks her head out of her tent and says that Lane is missing. James walks into the forest with Talia to look for him. They find Lane wandering and looking nervous after hearing the noises. They return to their tents.

In the morning, the group discovers a bunch of stick figures hanging from the trees, and that they’ve slept until 2:00 in the afternoon. Lane and Talia are accused of setting them up as they slept overnight. The group is freaked out and decide they want to head home. They go walking through the forest until they realize they’ve walked in a circle back to their campsite. Lane then admits that he was never out in this area as he had claimed, and he and Talia faked the footage that they found. The friends are angered and they force the couple to walk home on their own. Lane tries to talk it over but Peter threatens him into running off. James is more devastated over believing that Heather could still be out there.

Lisa uses her drone camera to find any possible roads or paths to lead them out of there. The camera shows nothing but trees for miles, and then it falls and gets stuck up high. To make things worse, Ashley is too hurt to keep walking, so they are forced to camp out there for the night once again.

Peter takes care of Ashley as she is experiencing pain. He unwraps her bandage and sees that the cut is now irritated, and something appears to be moving inside her foot. Peter later goes out at night, but he starts to hear noises. His flashlight starts turning off, and he starts freaking out. Peter runs as the noises grow louder, and he can’t find his way home. A tree then falls on top of him. Moments later, something pulls him away.

James tries looking for Peter with his own flashlight, as well as trying to contact him through his walkie-talkie, but he gets no response. Instead, he and Lisa find Lane and Talia. Lane claims that it’s been five days since they last saw the group, even though Lisa says they just saw them during the afternoon. They decide to let them stay.

An alarm set for 7:00 AM goes off, but it’s still dark outside. The group then sees even more stick figures hanging from the trees, plus a group of rock piles formed on the ground. Ashley gets out of her tent and questions seeing Talia there after Lane runs away in panic. Ashley grabs one of the stick figures and accuses Talia of setting it up. Ashley breaks the figure, causing Talia’s body to bend in half, killing her. The three run away screaming.

The three friends get separated as they run, but James and Lisa manage to reunite. Ashley is left by herself, when she discovers the drone camera up in the trees. She attempts to fly it out of there, but it’s stuck. She starts to climb the tree to get it down. As she touches the camera, something pushes Ashley out of the tree. After she hits the ground, she is pulled away.

James and Lisa hear what sounds like Ashley screaming. Then it starts pouring rain, and lightning strikes. The two run toward the screaming sounds and see the same house from the footage that James believes is where he’ll find Heather. Lisa doesn’t want to go inside, but James takes the chance. Inside the house, James thinks he sees Heather running through the halls and into various rooms. From outside, there appears to be a bright flashing light.

Lisa soon enters the house. She sees a figure moving through the shadows, and it is not friendly. She soon runs into Lane, who appears more scruffy and disheveled. He rants and raves about doing what “she” tells him to do. He hits Lisa over the head and throws her down a hole. Lisa manages to find a tunnel and crawl through it until she reaches another room. She runs into Lane again as he tries to attack her, but she stabs him in the neck with her pocketknife.

Lisa finds James facing a corner. He tells her not to look at “her”. James then thinks he hears Heather’s voice, but Lisa hears nothing. James turns around and is quickly killed by an unseen force. Lisa tries to get a look at the creature through the camera, and she sees a vaguely visible figure not unlike the stick figures from the woods. Lisa then hears James’s voice saying, “I’m so sorry, Lisa.” She turns around and gets killed too. 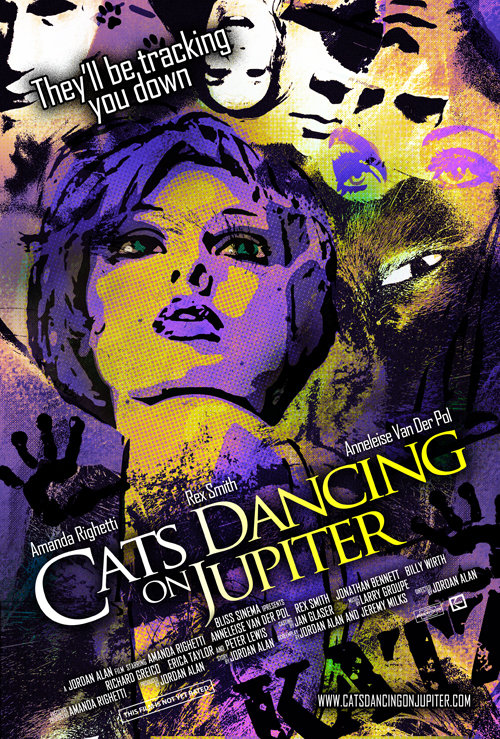